In today’s society, boldness is simultaneously frowned upon and revered. It’s a characteristic that we secretly admire but openly dismiss.

We say: That wasn’t a very classy thing to do.

We think: That was a bold move. Amazing.

Why is boldness such a complex characteristic?

Because we have been programmed, from a very young age, to be proper and do what is nice. We are told ‘no’ over 40,000 times by the time we are five years old.

Our identity becomes synonymous with compliance.

Is this a bad thing for society? The obvious answer is no. It is all apart of the budding, new world we live in. It’s prosperous, free of tyranny and outright chaos.

Here is another point of view…

We don’t really know if it’s bad because we haven’t yet experienced the potential downside of an overly gentle society. We can look back and scrutinize the dark ages, the middle ages, the great Roman Empire, but we cannot predict the future of the society that we are shaping today.

But why is being bold so important?

Because bold men and women have defined history. Look back to any great leader and take note of that person’s sheer boldness. The willingness to act when everything else seemed forbidding. When all hope seemed lost.

The greatest nation on earth today was built on the shoulders of a bold man.

General George Washington and his smaller, weaker Continental Army faced the most prestigious and powerful military of the time; a British Army with thousands of Soldiers, years of fighting experience, and armed with the deadliest of weapons. 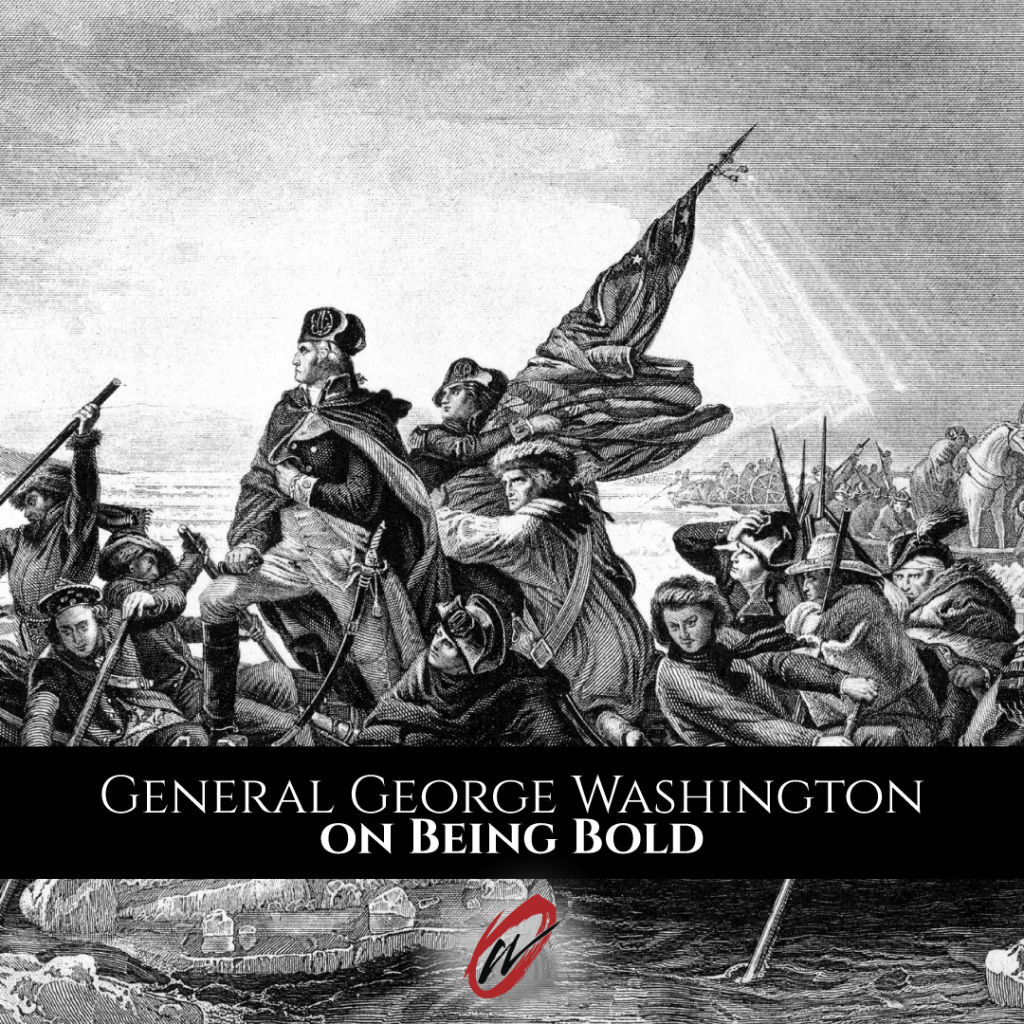 On August of 1776, the British Army attacked Washington’s Army at New York and seized the city amid the largest battle of the Revolutionary War. It was a sweeping defeat and the remnants of Washington’s Army retreated across the Delaware River into Pennsylvania.

The end of the war seemed imminent. All appeared to be lost for America.

But bold men don’t succumb to what appears to be. Washington retooled his force and decided to use tactics uncommon to those of the time.

On Christmas night, 1776, Washington rallied his tiny Army and commenced to cross a frozen Delaware River. The British force, hazy from a night of celebrating would fall to Washington’s hasty and decisive attack.

The victory proved that America could win. It solidified Washington’s reputation as a maneuver commander and helped to shift momentum back to the Americans. It would serve as a call to arms for the remainder of the war; an acclamation for America.

Our nation’s forefather knew that it would take boldness to win. How about the citizens of today?